Silicon Valley Secrets to Success: 9 Traits of the Most Innovative Executives in the World 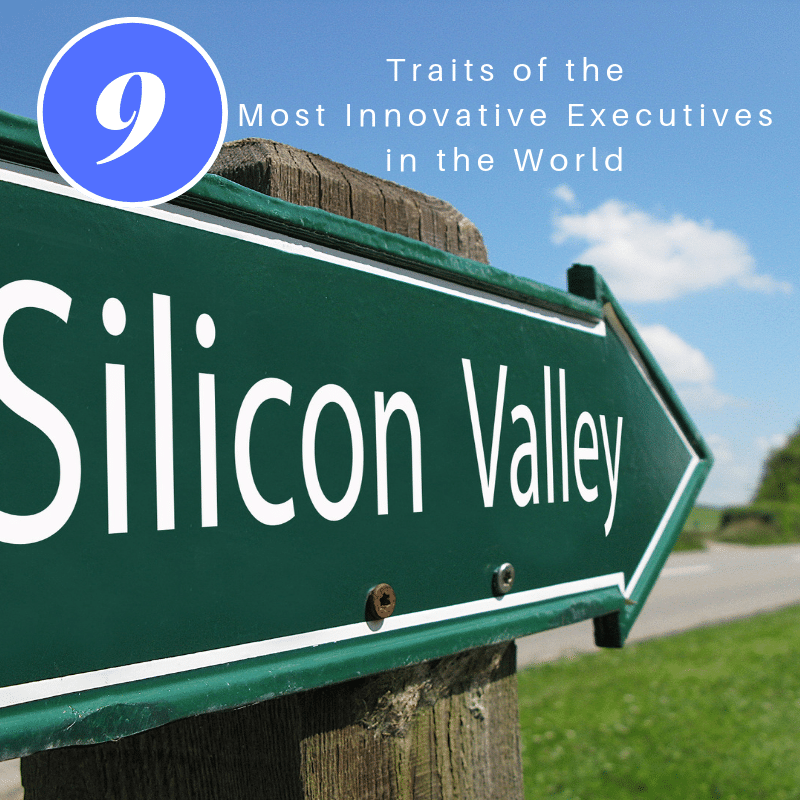 I recently had the privilege of participating in the inaugural group of the Goldsmith Thompson Growth Leadership Accelerator Silicon Valley Experience which is a part of the Marshall Goldsmith’s MG100 Pay it Forward initiative.

Our group met with more than a dozen CEOs of various unicorn companies like Intel, Google DocuSign, and Pinterest. After few days alongside some of our country’s most brilliant minds, I noted several common characteristics among these influential, innovative and all-around inspiring CEOs.

I believe the following 9 traits are crucial to building an innovative company and culture. All these leaders are:

3. Forward-thinking – Leaders we met did not get “stuck in the past”. Their mindset is: It does not matter what happened in the past, what did or didn’t work. Instead, they think “how can I change and transform the future without being shackled down to the past.” How do I have a car drive itself? How do I have a machine learn on its own. How do I have a kid print their own 3D toys?

4. Willing to challenge the status quo – Most of the young leaders we met were disruptors who reject tradition and are always looking for a different, better way to solve a problem. Everything is fair game.

5. Able to align purpose, passion and performance – Most of the companies we visited shared a high degree of employee engagement thanks to the contagiousness of the leadership’s passion. Loyalty to the company’s purpose, values, and mission was palpable – from the front desk clerk to the CEO. “If you look through the right lens, every organization has the potential for world-changing impact. The role of a leader is to foster passion around that impact and to keep that passion alive by reinforcing it every day.” – Jim Whitehurst, CEO of Red Hat, in The Open Organization: Igniting Passion and Performance (Harvard Business Review Press, 2015). Keith Krach, Chairman of DocuSign, a document signing company used by millions of people, shared with us how he makes the connection between working on DocuSign and world peace. His alignment to changing the world looks like this: “When people use DocuSign, we facilitate agreements and commerce globally. When people transact together, economic prosperity occurs, which leads to stability and eventually to world peace!!” Brilliant.

8. Fanatic about the customer experience – This is perhaps the standout trait of the list as all of the executives we encountered were 110% committed to creating a compelling customer-centric experience. We experienced this at Pinterest where everyone in the company is focused on customer and user experience. It is even the #1 value at Google: Focus on the user and all else will follow.

9. Humble – Far from the stereotypical bullish personality most people associate with corporate big shots, the executives we encountered (many of them billionaires) did not brag about their success. They were modest, good listeners, generous with their time, and happy to share their experiences. They were inspiring!

Special thanks again to Mark and Bonita Thompson for their generosity in making this visit a reality and for everyone that was involved in planning such a great event.